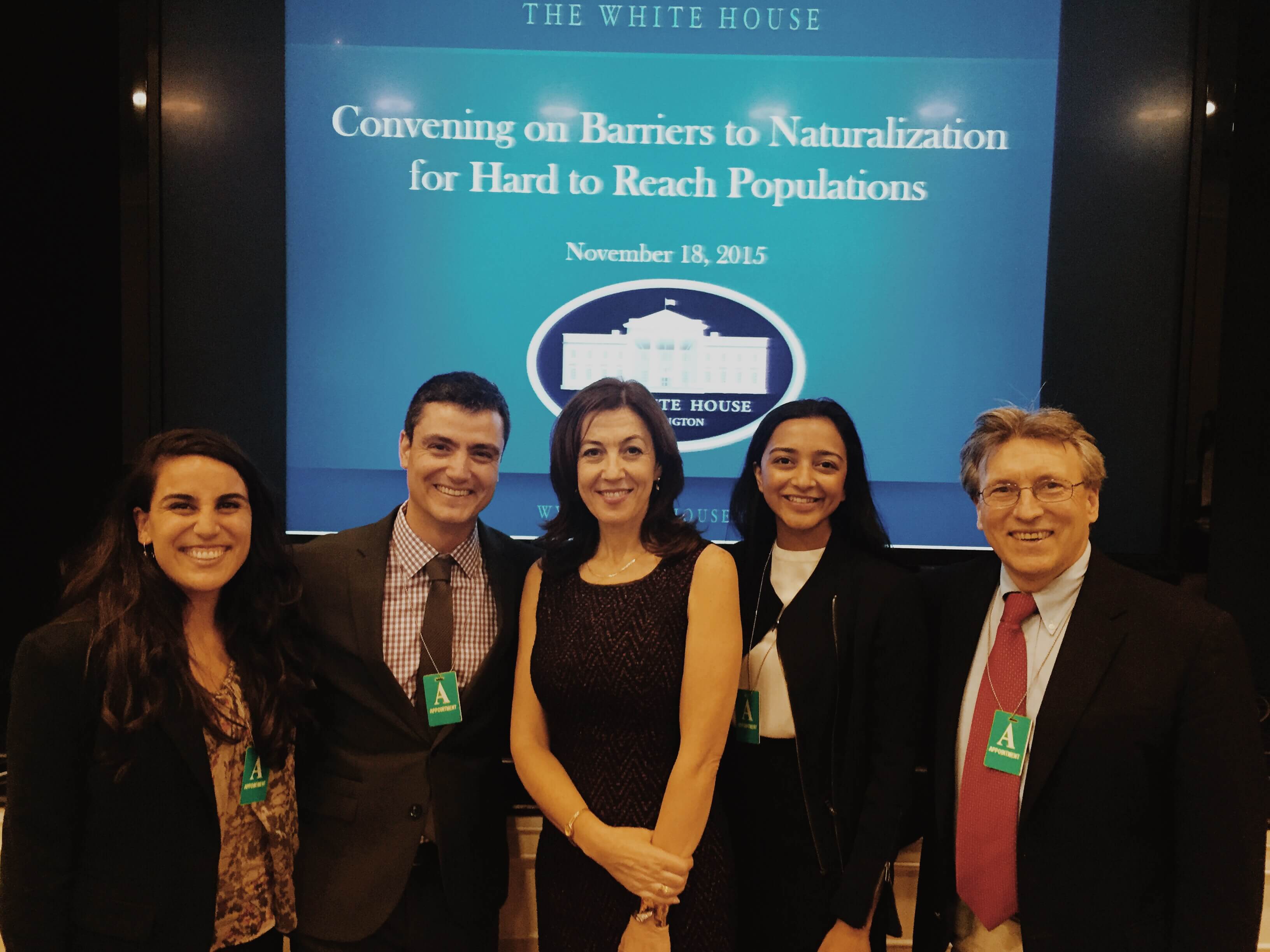 Joshua Hoyt served as the co-chair of the National Partnership for New Americans (NPNA) in 2012 and 2013, and became the Executive Director in 2014. Under Joshua’s leadership, NPNA’s members have assisted over 30,000 immigrants to become US citizens in the past two years. Joshua has been the nation’s foremost advocate to reduce the barriers to US citizenship for immigrants. Under Joshua’s leadership NPNA has advocated for a national approach to immigrant integration, resulting in the first ever White House Convening on Immigrant and Refugee Integration and eight National Immigrant Integration Conferences.

Joshua was Executive Director and Chief Strategy Executive at Illinois Coalition for Immigrant and Refugee Rights from May of 2002 to December 2013. During this time the Coalition has fought vigorously for citizenship for the undocumented, to protect civil liberties in the wake of the attacks of September 11, 2001, and for a full integration of immigrants into the American Dream. Under Joshua’s leadership ICIRR led the efforts to make Illinois one of the most immigrant friendly states in the US, and was considered one of the most effective immigrant organizations in the US. Illinois was the first state in the US to create a Governor’s Office of New Americans; a New Americans line item in the State budget; a naturalization initiative that has assisted over 90,000 Illinois immigrants to become US citizens; to provide pre-school and health care to undocumented children; and to pass an Illinois DREAM act to support college education for undocumented youth. During this time the Coalition grew from a $1.8 million dollar a year budget to a $7.9 million budget, and increased from 9 to 40 full and part-time employees.

Joshua has worked a total of 37 years as an organizer for social justice in Illinois, and in Spain, Peru, and Panama, as a lay volunteer for the Catholic Church. From 1986-89 Joshua served as President of the Citizens Utility Board of Illinois, the state’s largest consumer organization as it won hundreds of millions of dollars in refunds for utility consumers. More recently he served as the associate director of United Power for Action and Justice, an ambitious metropolitan wide citizen organizing effort that was part of the Industrial Areas Foundation (IAF) network as it led the FamilyCare campaign in Illinois, expanding health insurance coverage to 170,000 uninsured adults.

Josh was educated at the University of Illinois and the Universidad Central de Barcelona, Spain, and received his Master’s Degree from the University of Chicago. He has testified before Congress; spoken to such national media as the Leher News Hour, the O’Reilly Factor, the Lou Dobbs Show, the Glenn Beck Show, the New York Times and the Wall Street Journal; published opinion pieces and articles in the Chicago Tribune, Washington Post, the Huffington Post, US Catholic, and other magazines; and directed several political campaigns. He speaks fluent Spanish and limited Portuguese.

You can reach him at jhoyt@partnershipfornewamericans.org.

For general questions about our work, please contact us at: info@partnershipfornewamericans.org
1805 S Ashland Ave, Chicago IL 60608